Once you have been convicted, it becomes much harder to win your freedom on appeal. As a former Appellate Defender and judical clerk, Jennifer Blagg has extensive experience writting and arguing criminal appeals. The Law Offices of Jennifer Blagg brings years of practice and experience to your case to increase your chances of obtaining a favorable result on appeal.

Chicago was dubbed the false conviction capital of the United States in a segment on 60 Minutes profiling Jennifer’s Dixmoor Five case. Each year, wrongfully convicted inmates struggle to prove their innocence. Jennifer Blagg will properly frame your arguments and vigorously litigate your claims. She has a proven track record of success.

Jennifer Blagg is part of a team of attorneys that secures the release of the wrongfully convicted Dixmoor Five. Her client, Robert Taylor, and four others were exonerated using post conviction DNA testing. 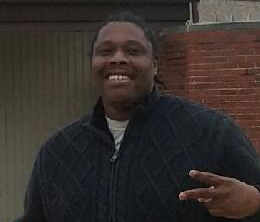 Jennifer Blagg secures the release of Tino Terrell after convincing the First District Appellate Court to overturn his conviction. The court finds that Tino Terrell was not guilty beyond a reasonable doubt.

Jennifer Blagg convinces the Cook County State's Attorney to drop all charges against Terrill Chambers after his case is remanded from the Illinois Supreme Court for a Franks Hearing.

Learn More About Our Exonerations